The Representative of Burundi Government indicates that young people have a force which manifests itself in two ways; either that of building or demolishing. He calls on young people to be integrated and to love their homeland 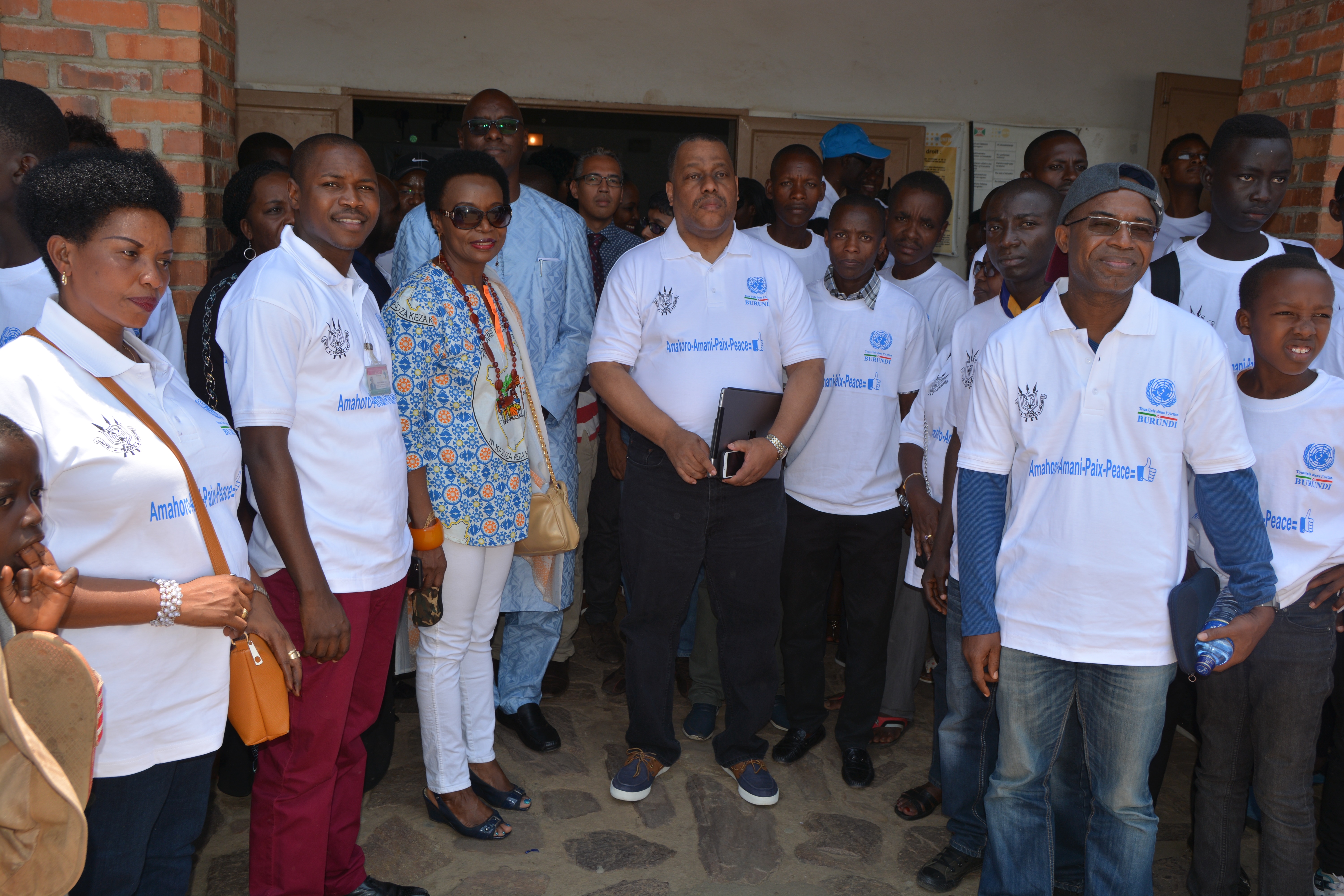 The Representative of Burundi Government indicates that young people have a force which manifests itself in two ways; either that of building or demolishing. He calls on young people to be integrated and to love their homeland.

The Association for African Progressive Youth, AJAP in acronym, joined other national youth organizations to celebrate together the International day dedicated to Peace this Saturday September 23rd, 2017, a worldwide ly celebrated on September 21st of each year. Ceremonies were organized by the Government of Burundi in partnership with the United Nations System in Burundi under the theme ″Together for peace: Respect, Dignity and Security for all″,and were held at the Kamenge Youth Center.The Representative of Burundi Government indicates that young people have a force which manifests itself in two ways; either that of building or demolishing. He calls on young people to be integrated and to love their homeland.

In his speech, the Coordinator Resident of the United Nations System in Burundi indicated that the role of youth is central; it is a significant and unavoidable force in the peace process. He also stressed that without peace the population is out of all development and urged the population to compellingly invest this peace culture in youth to finally establish a sustainable development. Before concluding his speech, he thanked partners who contributed for the normal occurrence of these activities, a timely opportunity for each, to ask what to do in the peace strengthening.

The speech of the Representative of the Government of Burundi came to reinforce the importance of peace in the world, a day that began to be celebrated many years ago. He said that Burundi is a country that has understood and supported the value of peace. In addition, Burundi helps in the missions of peacekeeping in other countries, a sign of sacrifice to support peace in the world. According to him, one reaps what he has sown. We should, then, sow peace, tolerance. He praised the efforts of the youth organizations and the efforts of the United Nations system in Burundi in the promotion of peace. He sought the opportunity to call the partners to increase their initiatives that go in the context of supporting efforts in the context of peacekeeping operations. Furthermore, the Representative of the Government of Burundi added that youth young people have a force which manifests itself in two ways; a force to build and the other to demolish. He called young people to channel their strength to work, to be integrated and to love their homeland, because, says he, they are the future of tomorrow. Heconcluded his remarks by promising that the Government of Burundi will spare no effort in supporting the efforts of young people.

These speeches have been prosecuted by a projection of a film chronicling how young people faced manipulation, which disrupts the peace. This documentary film had the main goal to give young people a moral lesson and invite them to discuss the concept of peace. Thus, their exchanges were fruitful as young representatives of different Associations in these ceremonies were able to give their views. This was to give importance to associations, make the latter their refuge, environments where pieces of advice are handled. Besides, young people are capable of anything that having an idea of either building or destroying.They have a large role to play to achieve a peace; otherwise, they understand that they have indebted to the country, a debt repaid with development work.Peace first! That everyone goes to daily commitments to preserve the latter.

Mr. Eric NSENGIMANA, Chairman and African Representative of AJAP, has been given a floor and greeted young people. For this opportunity, he called on young people to live in their diversity to better preserve the peace. This happened while he was ending to sing the AJAP hymn, in its first stanza, a stanza built up on peace words.

Ceremonies were ended up, this afternoon, by a concert live where young people took the opportunity to address messages of peace to the public.