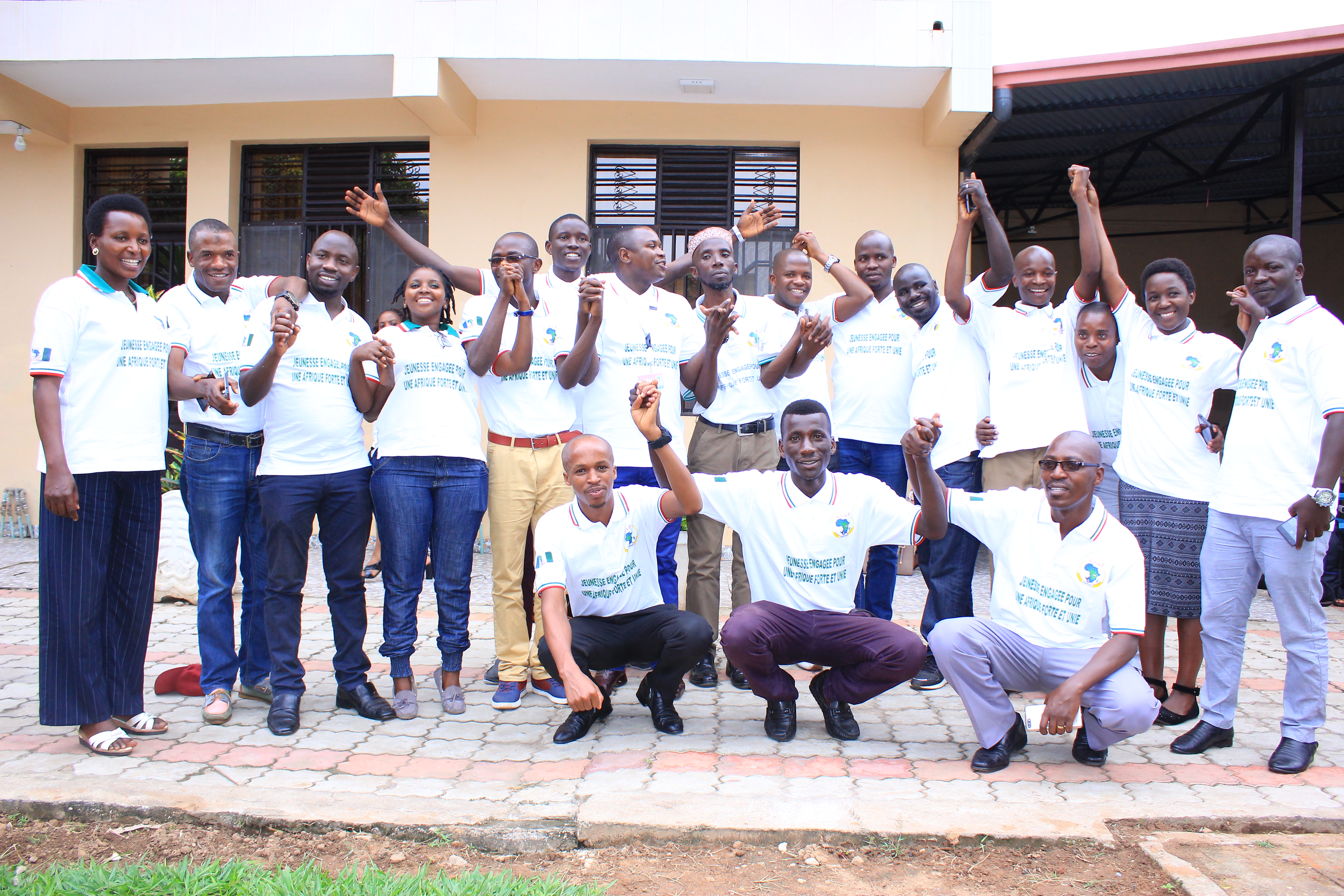 This was said at the official launch of a week dedicated to the anniversary of the Universal Declaration of the Human Rights since 1948, this Sunday December 08, 2019 in Bujumbura by AJAP. On December 10 of each year, the whole world commemorates the anniversary of the Universal Declaration of Human Rights. The theme for this year is “Respect for Human Rights, a priority in all circumstances”. The Executive Committee, the General Commissions, 54 representatives out of 18 provinces with 3 members per province were present in the activity. In addition to the latter, certificates of recognition and training were awarded respectively to the trainers and 20 winners who have successfully completed the training on planning, project development, monitoring and evaluation, animation techniques and training. moderation, as well as Entrepreneurship. Exchanges in revitalizing AJAP’s activities in Burundi and throughout AJAP, were also part of the day’s activities.

In his speech, Eric NSENGIMANA, President and Africa Representative of AJAP, wished in advance best wishes of peace and success for the year 2020 to all AJAP leaders in general and to all members of AJAP in particular. In addition, Eric NSENGIMANA is generally pleased with the progress of the activities. This clearly demonstrates the path to the success of AJAP’s missions. The activities of AJAP are not only appreciated nationally but also internationally, as evidenced by the granting to AJAP in 2019 of the Special Consultative Status to the Economic and Social Commission of the UN, ECOSOC; as well as the evaluation made by the African Union’s recent mission to Burundi, to name just that; he added.

The President and African Representative of AJAP did not miss hailed the good collaboration between. AJAP and the administration, hence the success of its activities. Eric NSENGIMANA sends a strong call to AJAP leaders to continue cementing these relationships and to always be ambassadors for peace in Burundi and around the world. He also invites them to hold regular meetings in their constituencies and build dynamic and active committees while putting a particular emphasis on how members are recruited. As he continued, he urged participants to be agents of change and good role models in their communities. “We must contribute in development activities and consolidate solidarity among all young people. Be valuable men in the field of work, “he said. He finally invited them to work hard for the general interest of the Nation. He reminded about the general membership conditions within AJAP and invited the AJAP leaders to make their working tools the regulatory texts.

In the run-up to the 2020 elections in Burundi, Eric NSENGIMANA recalls that “The question of elections concerns all of us, it is a matter that everyone must take ownership of, AJAP included, and whose role must manifest itself forward” . With that, he called on all AJAP members to participate in the observation of the entire electoral process to be witnesses of what will be happening on the ground, to be ambassadors for the conduct of the elections and to submit the progress report within a reasonable time. Patriotism is justified by the participation and observation of elections and by avoiding the propagation of false information about an activity that has not been carefully followed as some do, “he insists.

The participants expressed their satisfaction with AJAP President and African Representative for his constructive advice. They also took the opportunity to promise to put in a lot of effort and work according to an action plan designed to be able to self evaluate at a given time. Some Provincial Representatives have also asked the Central Committee to multiply indoor runs to meet local AJAP members. Some provincials, however, deplored the behaviour of some local administrative staff who do not collaborate effectively with the representation of AJAP in the locality. The participants agreed to the regular transmission of reports of their achievements in accordance with the texts governing the Association.

Afterwards, the Commissioner General of Human Rights within AJAP presented the agenda of activities planned during the week dedicated to the celebration of the International Day of the Universal Declaration of Human Rights.

The activities were closed by the official presentation of the recognition and training certificates respectively to the trainers and 20 winners who have successfully completed the training on planning, development, monitoring and evaluation of projects, animation techniques and moderation, as well as Entrepreneurship. Finally, some basic notions related to the use of social networks including Facebook and Tweeter were shared before closing by sharing a drink.