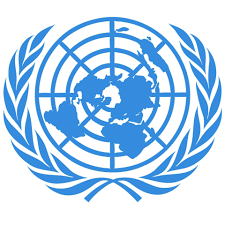 MESSAGE ON THE 25TH ANNIVERSARY

OF THE GENOCIDE AGAINST THE TUTSI IN RWANDA 7 April 2019

This year marks the 25th anniversary of the genocide against the Tutsi in Rwanda, one of the darkest chapters in recent human history.  More than 800,000 people – overwhelmingly Tutsi, but also moderate Hutu and others who opposed the genocide – were systematically killed in less than three months.  On this Day, we honour those who were murdered and reflect on the suffering and resilience of those who survived.

As we renew our resolve to prevent such atrocities from ever happening again, we are seeing dangerous trends of rising xenophobia, racism and intolerance in many parts of the world.  Particularly troubling is the proliferation of hate speech and incitement to violence.  They are an affront to our values, and threaten human rights, social stability and peace.  Wherever they occur, hate speech and incitement to violence should be identified, confronted and stopped to prevent them leading, as they have in the past, to hate crimes and genocide.

I call on all political, religious and civil society leaders to reject hate speech and discrimination, and to work vigorously to address and mitigate the root causes that undermine social cohesion and create conditions for hatred and intolerance.

The capacity for evil resides in all our societies, but so, too, do the qualities of understanding, kindness, justice and reconciliation.  Let us work together to build a harmonious future for all.  This is the best way to honour those who lost their lives so tragically in Rwanda 25 years ago.